The Year of the Painted Lady 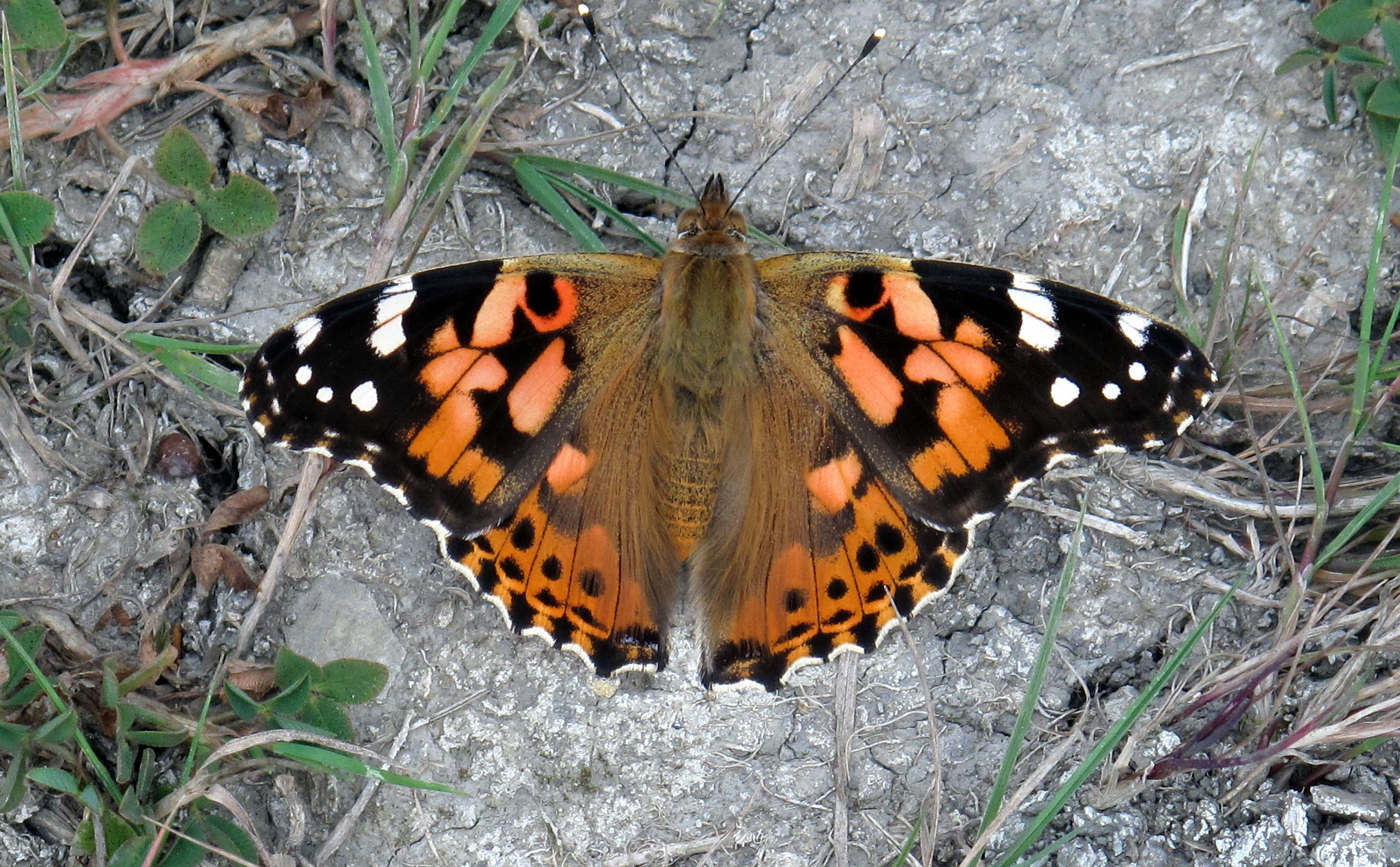 Painted Lady is Carymoor’s Butterfly of the Year

This summer we recorded the most butterflies on our nature reserve in four years. Helped by the warm weather in both 2018 and 2019 many species have flourished.

There was a huge rise in the number of Painted Lady butterflies spotted on our nature reserve, going from just 6 in 2018 to 96 this year! This was part of a phenomenon that takes place roughly every ten years, when millions of these butterflies come over from the continent and reproduce in the UK (read national news report).

From April to September every year Julian Rawlins, a volunteer from Butterfly Conservation, visits our nature reserve once a week and walks the same route to count species. This year Julian counted 2,700 butterflies of 26 species, spotting around 128 butterflies per visit. 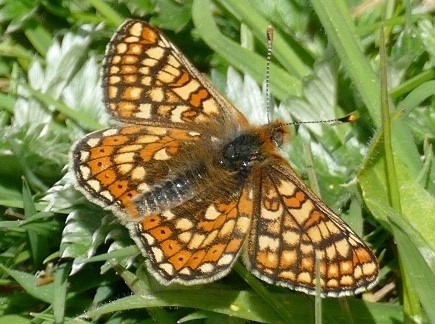 Julian said: “The highlights of the year were undoubtedly the influx of Painted Ladies (pictured above) and the sighting of a very rare and attractive Marsh Fritillary for the first time ever at Carymoor (pictured right).”

But while 11 species increased and overall the highest number of butterflies was recorded since 2015, 12 species actually decreased. No Brown Hairstreaks were recorded on our nature reserve for the first time since 2014 and no Small Blues were seen for the third successive year. Both these species also declined throughout the country.

Julian added: “Overall 2019 has been a very good year for the abundance of butterflies, not only in Carymoor but throughout much of the country. The increases we have seen are certainly a step in the right direction, but a small step that does not bring the numbers anywhere near back to those recorded just a few years ago. The need to conserve our butterflies is as important as ever.”

Other numbers from this year’s butterfly count at Carymoor:

Topped the list of most common at Carymoor for the third successive year, with 588 counted. Still down compared to 2015 when 830 were recorded.

Down 31% on last year but still maintaining good numbers at 262.

Had its best year ever, with 54 recorded.

Small and Essex Skippers
The third most common butterflies at Carymoor this year. A combined total of 251, up from 115 last year but still down compared to 2014 when 1,431 were recorded.

Once common but has been causing concern for a number of years. Made a slight recovery at Carymoor this summer with 45 recorded, compared to 26 last year. Still dramatically down compared to the 973 recorded back in 2014.

Equalled its previous best score of 46 at Carymoor, but declined by around 33% in the rest of the county.

Come across from the continent each year. Only 1 was recorded at Carymoor.

The records gathered on our reserve are fed into a national database and help provide valuable information about the health of butterfly populations across the UK. To find out how you can help in the fight to save our nation’s butterflies visit https://butterfly-conservation.org/ 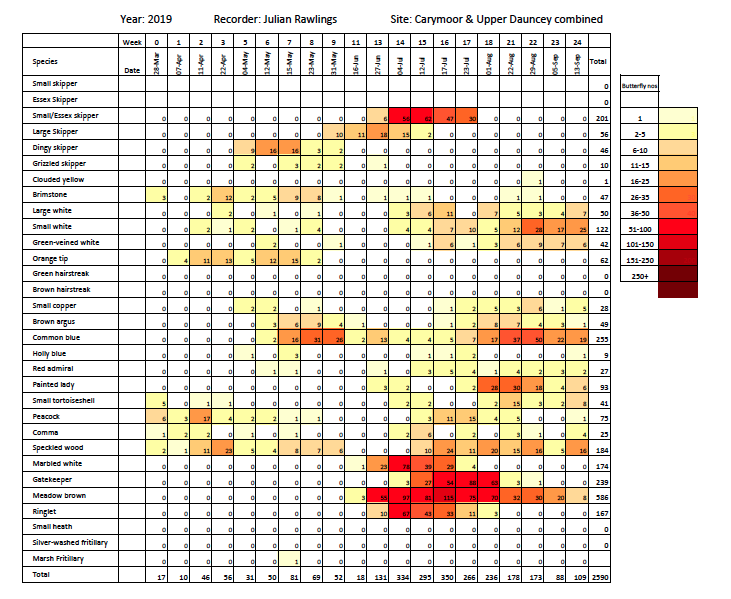