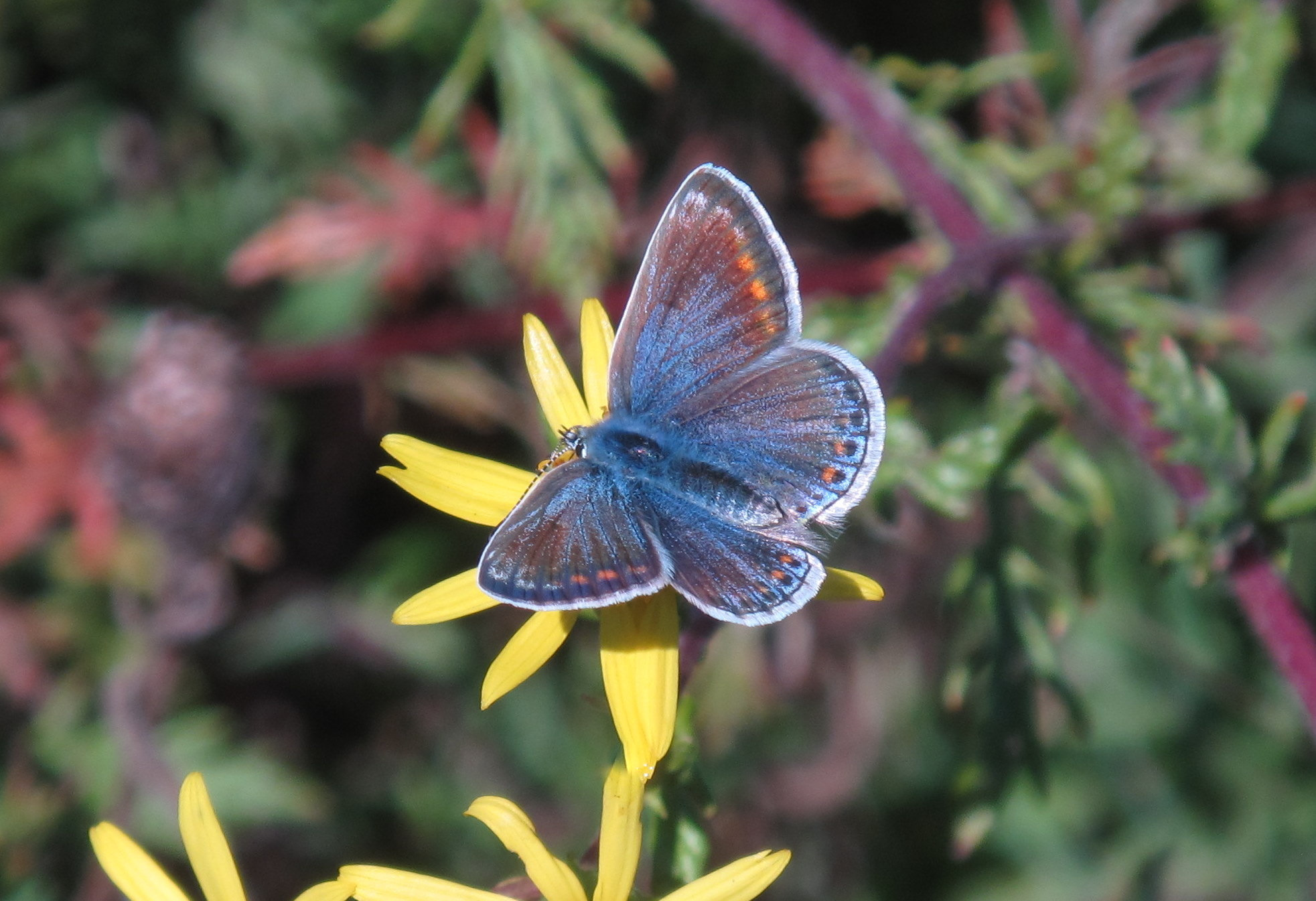 A round up of butterfly sightings at Carymoor

This was the year in which more butterfly counts were submitted to Butterfly Conservation's Big Butterfly Count than ever before, but the average number of butterflies recorded in each count was the lowest ever in the 12 year history of this citizen science project – really bad news for our butterflies and for all of us.  Likewise, looking back, the 2021 butterfly season at Carymoor can best be described as unusual.  The weather must have exerted a big influence on the results: January and February were wet and cold, May and July very wet and very cold!  These poor conditions in May and July led to fewer transect walks than ever before, except in 2020 when Covid restrictions prevented transect-walking for the first two months of the season.  This in turn led to a low average count because several weeks were missed at the peak of the season.

The number of species recorded, at 26, was typical for Carymoor.  The disappointing absence of Brown Hairstreak and Clouded Yellow this year was made good by 2 Silver-washed Fritillaries and one Marsh Fritillary, both of which species are rare at this site, the former with single records in 2013 and 2018 and the latter with a single previous record in 2019.  The beautiful Marsh Fritillary is rare not only here but throughout the country and is now classed as vulnerable on the latest UK Red List of British butterflies.  However, the 2 sightings in recent years, together with plenty of Devilsbit Scabious, the larval food plant, might suggest that the butterfly is recolonising the site, which would be truly exciting. 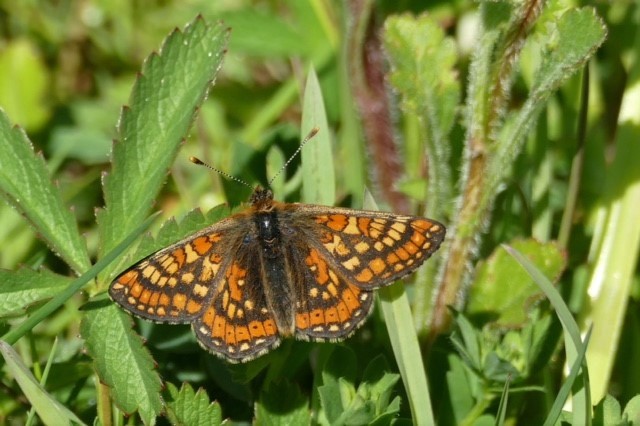 To put the season in perspective, even though there were fewer counts than in any other year (except 2020) the total number of butterflies (2,191) was greater than in 2016 and 2017.  But of the 26 species recorded 13 declined in abundance; and additionally 2 species failed to show at all!  The biggest decline was in the Holly Blue, which peaked in 2015 at 32; but this year only 1 was seen.  This is not of concern as the abundance of the Holly Blue moves in tandem with the abundance of a parasitic wasp, whose sole victim is the Holly Blue.   As the wasps increase in number the number of caterpillars killed increases and the butterfly population falls; as the number of butterflies falls there are fewer caterpillars to parasitise and the number of wasps falls, and so the cycle, which lasts around 8 years, starts again.

The butterfly now  appears to be at the bottom of a trough but will hopefully start to increase in number again.  Other big losers were Large and Small Whites, down 66% and 45% respectively, possibly due to fewer reinforcements from the Continent this year, but Green-veined White numbers were stable.  Meadow Browns and Gatekeepers were also down 64% and 48%; in this case the reason was probably a combination of the bad weather and resultant reduced number of counts during the peak of their flying period.  Peacocks and Red Admirals were also down in number, although the latter were still flying in my garden well into November when the air temperature was as low as 8 degrees C.  In 2020 only one Orange Tip was recorded because Covid restrictions prevented transect recording until the very end of their flight season, so 2021 had to see an increase in numbers; however, those numbers were somewhat disappointing – not a huge departure from the average but, at 49, the second lowest number recorded since 2013( apart from 2020). 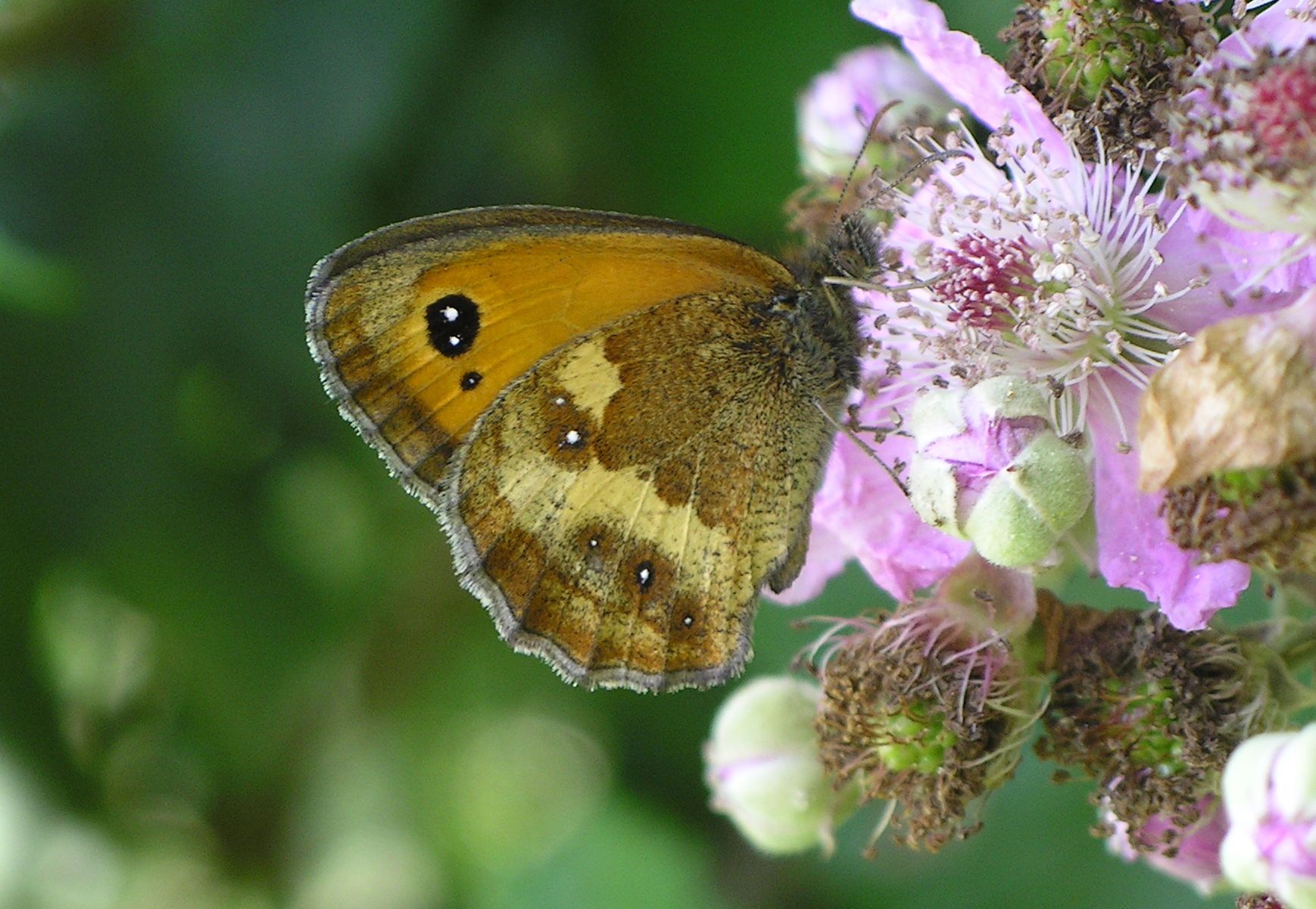 As mentioned at the beginning, the recording of two species of Fritillary was excellent news but there was more good news amongst the Carymoor regulars. Although the Meadow Brown remains our commonest butterfly, my butterfly of the year is the Brimstone, because it had its second best year since 2013.  The Brimstone, the original butter-coloured fly, which hibernates as an adult, is one of the first butterflies to appear in the spring, and this year it seemed to keep going.  The much paler female can be mistaken for a Large White, so it is possible that there were in fact more than the 63 recorded.  The Large Skipper also made a good come back, with an increase of 124%; and the unkindly-named Dingy Skipper, which is highly localised and has declined greatly in abundance overall, also increased, by 74%.  Newly emerged from its chrysalis, this is a very beautiful little butterfly which is well camouflaged; but when it is 'tired' it can indeed look a bit dingy.  The Small Tortoiseshell, which has been causing concern for some years now, had its best year since 2017, but over half of the 110 records were made in two weeks in mid-August, and overall the butterfly remains in decline, far short of the 973 recorded in 2014.  The Common Blue had another good year with an increase of 5% over 2020; most of them were from the first brood in June; the second brood, in August was a little disappointing.  It was good to see some Painted Ladies back again, after a total absence last year which followed the Painted Lady year of 2019; it made me wonder whether there may be a story behind the Red Admiral, the Painted Lady and the Small Copper! 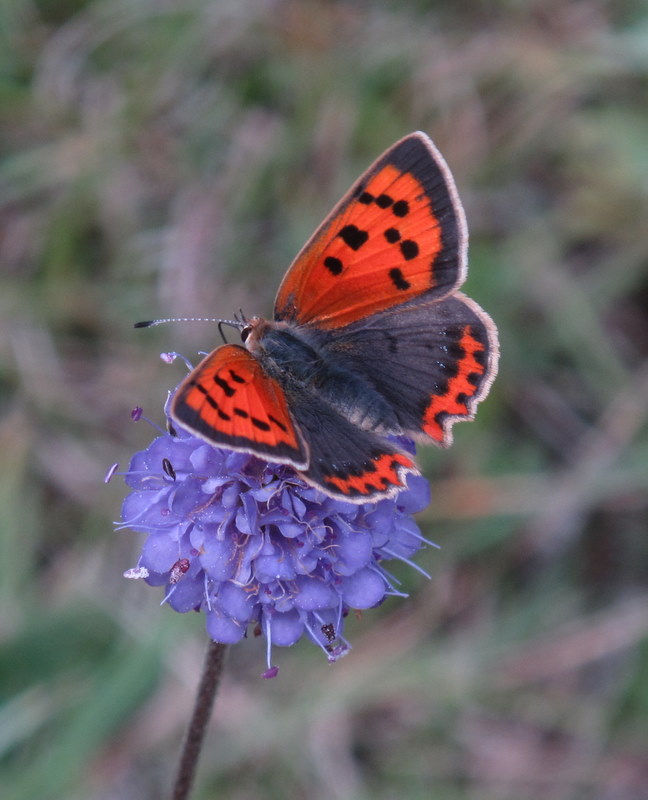 In conclusion, and considering the numbers in the light of the missed counts at what should have been the peak of the season, the butterflies of Carymoor are faring well and hopefully we can look forward to a good season in 2022 – given some decent weather.  If you would like to see pictures of these butterlies please visit the Photo Album at https://www.northbarrow.org.uk/photos/ and don't miss the recent additions.