A Good Year for Butterflies at Carymoor 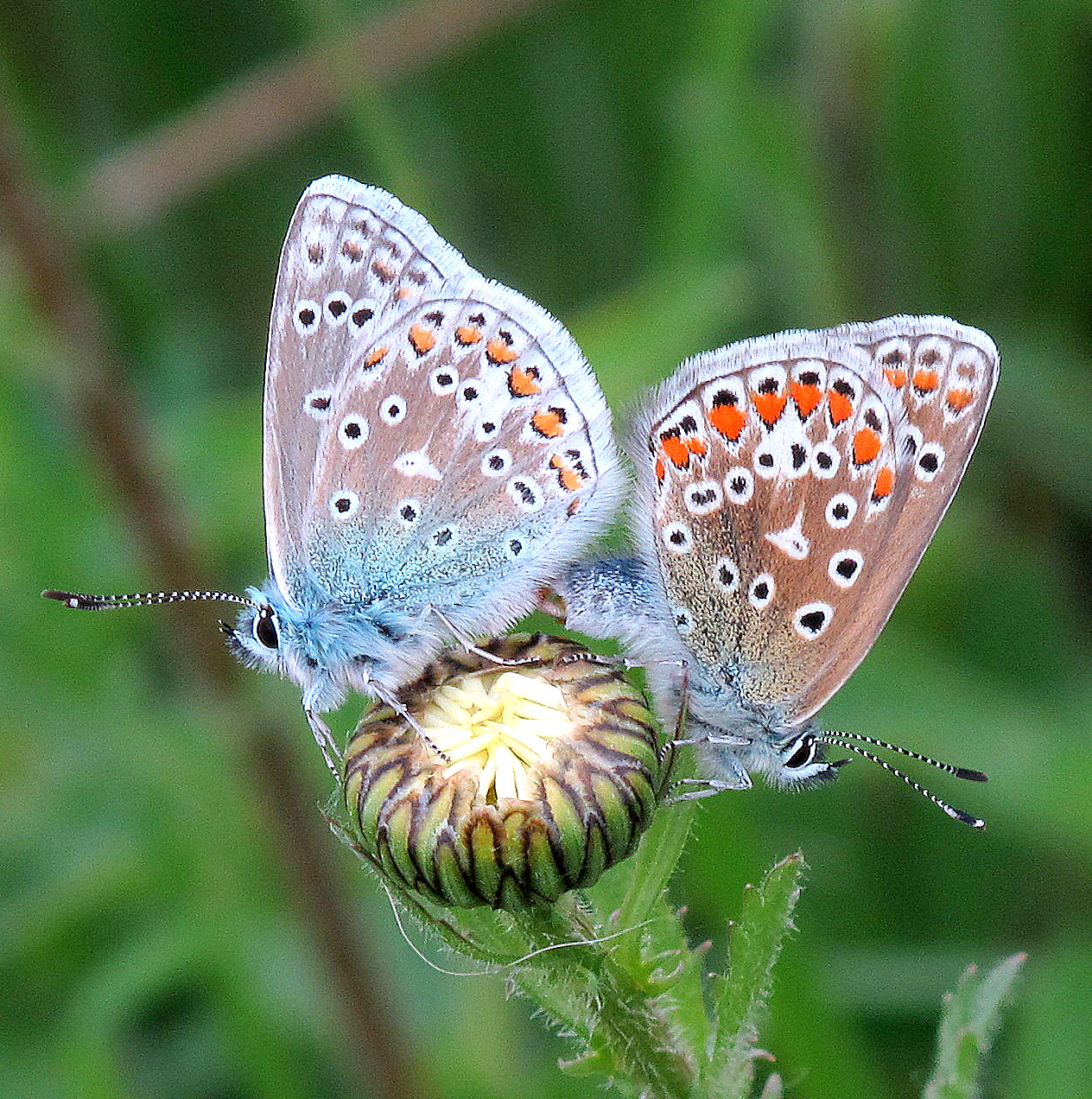 Common Blue is Carymoor's Butterfly of the Year

As the year draws to a close we are pleased to look back and say that butterflies have generally done well on our nature reserve in 2018.

From April to September every year Julian Rawlins, a volunteer from Butterfly Conservation, visits once a week and walks the same route to count species. This allows us to compare each year and to see who the winners and losers are.

Carymoor’s butterfly of the year in 2018 was the Common Blue, which has bounced back from a drastic fall in numbers. In 2016 just 52 Common Blue butterflies were counted at Carymoor. This year 381 were recorded, the highest total in the last six years, making this butterfly as common as its name suggests!

A Green Hairstreak was recorded on the reserve for the first time ever and the elusive Brown Hairstreak made an appearance in good numbers. The Dingy Skipper saw an increase on last year and the magnificent Silver-washed Fritillary, one of the UK’s largest butterflies, was back after not being recorded on our reserve since 2013.

Unfortunately despite these triumphs there have been some disasters. The story of the Red Admiral shows the fragility of butterfly populations and how their fortunes can change dramatically from one year to another. In 2017 the Red Admiral was Carymoor’s butterfly of the year as it increased to a record breaking 146, but the severe winter has been blamed for a national decline in this well-loved butterfly and only 23 were seen on our nature reserve this year.

The Peacock butterfly also saw its lowest number for six years, with 49 recorded compared to a high of 298 in 2013, and there was a slump in the number of Small Tortoiseshell, with just 26 recorded on the reserve compared to 973 in 2014. This decline reflects a pattern seen across England.

Julian Rawlins said: “Thanks to the good weather in the summer the majority of our butterflies showed an increase in numbers compared to 2017. Sixteen species increased and only nine decreased, plus a total of 28 species were recorded, which equals the previous best in 2013.

“2018 has been a good year for butterflies, not only at Carymoor but throughout much of the country. The increases we have seen are certainly a step in the right direction but do not bring the numbers back to those recorded just a few years ago and the need to conserve our butterflies is as important as ever.”

The records gathered on our reserve are fed into a national database and help provide valuable information about the health of butterfly populations across the UK. To find out how you can help in the fight to save our nation’s butterflies visit https://butterfly-conservation.org/