At Carymoor we strive to create homes for a diverse range of wildlife, from birds and mammals to insects and plants, so are constantly working to develop as many types of habitats as possible on the post-landfill landscape of the Dimmer site. Over the last 30 years strict controls have been introduced over emissions from capped landfill sites making the creation of grasslands, woodland and even wetlands sometimes possible on land that will rarely be suitable for agriculture or building developments.

Grasslands are the most straightforward habitat to create on post-landfill as they are not usually affected by the depth of the clay that is placed on top of the landfill mass to cap it off when the landfill is full. Nature abhors a vacuum, as the saying goes, so even a raw clay surface left without topsoil will quickly attract some of Britain’s rarer invertebrates, then grasslands will soon take hold.

The clay-capped area of landfill on our reserve forms a gently sloped south-facing plateau of around 40 hectares which is up to 10 metres higher than the surrounding farmland. The landfill is capped using the locally abundant Jurassic Blue Lias Clay. This creates an impermeable subsoil without any organic material, which has low fertility and is prone to summer drought and winter waterlogging. This is just one of the common challenges of habitat creation on a former landfill site. Others are working around the landfill’s pollution control and drainage infrastructure.

In an ideal world, habitat creators would like to leave nature to colonise the area with as little interference as possible, but on landfill sites this is rarely feasible to begin with as the bare, newly clay-capped surfaces need rapid revegetation to prevent erosion and slow down surface water run-off. Planting and seeding speeds up revegetation and helps give a head start to plants that find it difficult to colonise.

Carymoor’s nature reserve includes an area known as the translocated grassland, which was created from a patch of grassland that was threatened with destruction by the creation of the landfill site. It was saved by digging it up and relocating it to the southern edge of the landfill where it provides a valuable habitat for all kinds of wildlife, particularly wildflowers and pollinating insects.

A special area of grassland has been created to attract a range of butterfly species. In 2000 Carymoor built a 150m-long snake-shaped mound to create a series of sunny south-facing bays with porous chalk and limestone, providing the perfect environment for lime tolerant plants on which butterflies can thrive. Several butterflies listed as UK (BAP) Biodiversity Action Plan priority species have been spotted on the mound and surrounding grassland, including Small Blue, Small Heath, Brown Hairstreak, Dingy and Grizzled Skippers. You may also see Large and Small Skippers, Common Blue, Brown Argus, Small Copper and many others. 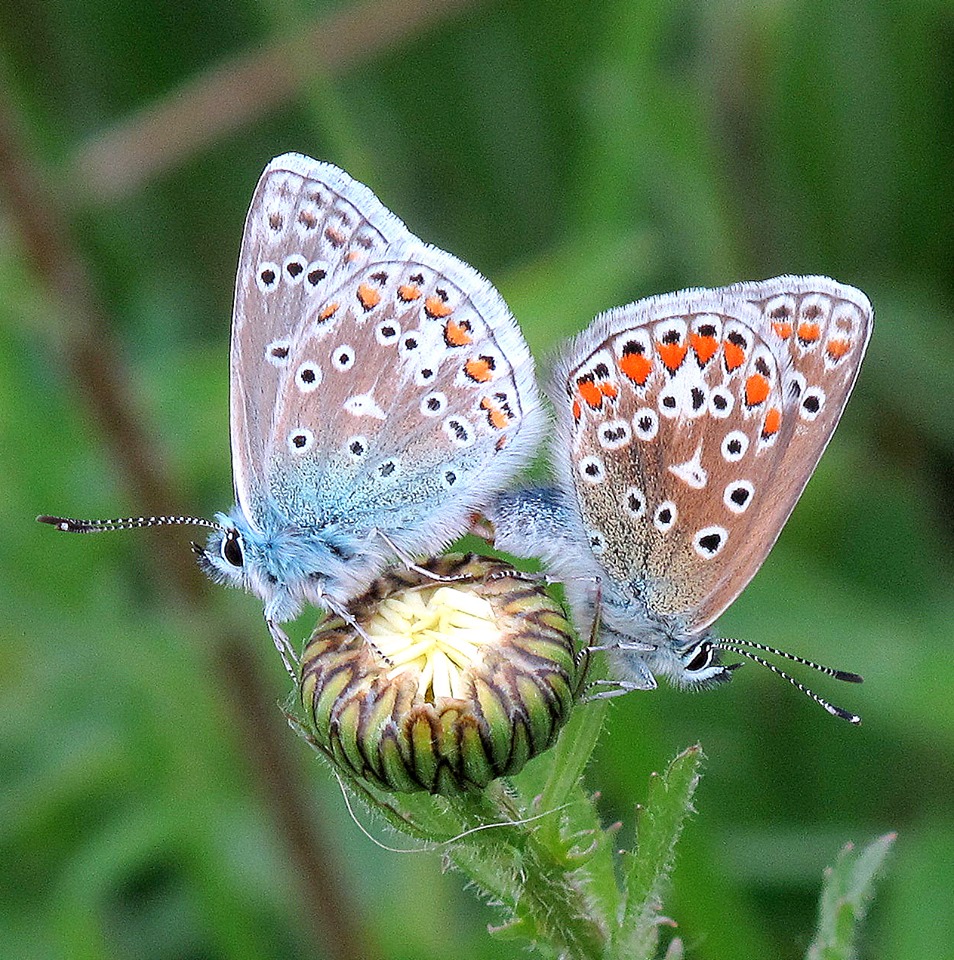 The nature reserve also has hay meadows rich with wildflowers and pollinating insects, rough grassland such as roadside banks and verges filled with grasshoppers, beetles, butterflies, voles, shrews, snakes, and occasionally harvest mice, and not to forget scrubland, which is often underestimated for its wildlife potential but provides a home for many invertebrate and an important nesting area for birds such as the nightingale.

As part of our drive to create a range of habitats and encourage biodiversity, Carymoor has built woodlands that attract a huge array of wildlife. 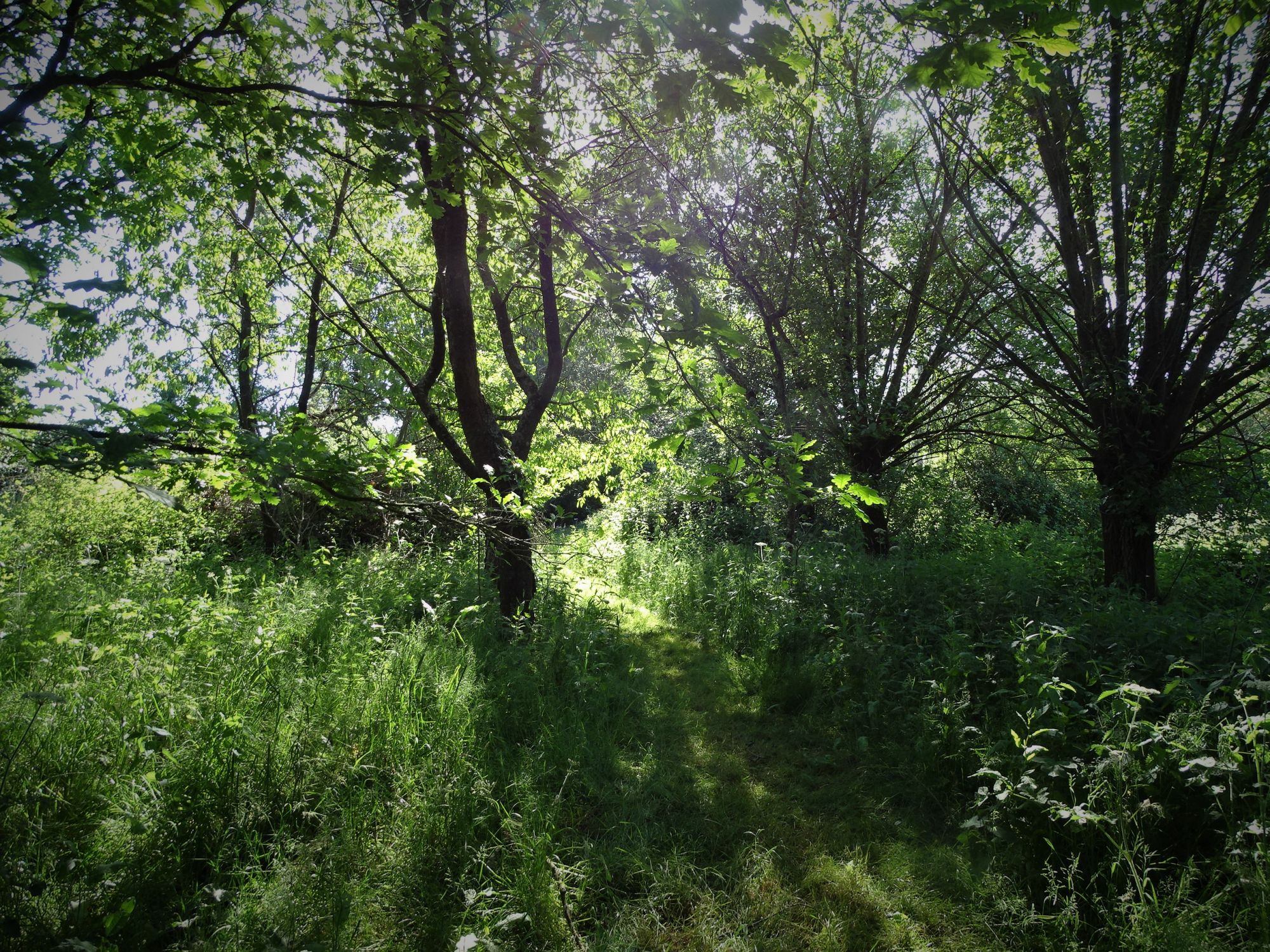 The Carymoor Tree Trail is a kilometre long walk that is home to more than 100 native or naturalised tree and shrub species found in the UK, ranging from the most common native tree, the English Oak, to the much rarer native Plymouth Pear. Woodland habitats are very rich in wildlife and the diversity of trees planted on the trail gives local wildlife a buffet choice when it comes to feeding on flowers, seeds/fruits, leaves and bark. The trees also provide shelter for nesting or roosting birds, small mammals like bats and mice, amphibians and reptiles (which hide under roots and dead wood), and moths (which are camouflaged amongst the foliage or bark).

Our Willow Walk highlights Somerset's heritage of willow cultivation by allowing visitors to see around 200 different kinds of willow. Willow provides an important habitat as it is second only to oak in the number of different animals and insects that live on it or eat its bark, leaves or seeds.

The Carymoor Orchard has 38 traditional Somerset varieties of apple tree. Traditional orchards are a vital and characteristic feature of our rural landscape and are also hotspots for biodiversity, supporting a wide range of wildlife.

The ponds and streams on our reserve provide a habitat for important species including birds like reed bunting, reed and sedge warblers and water rail and other animals such as grass snake and the endangered great-crested newt. 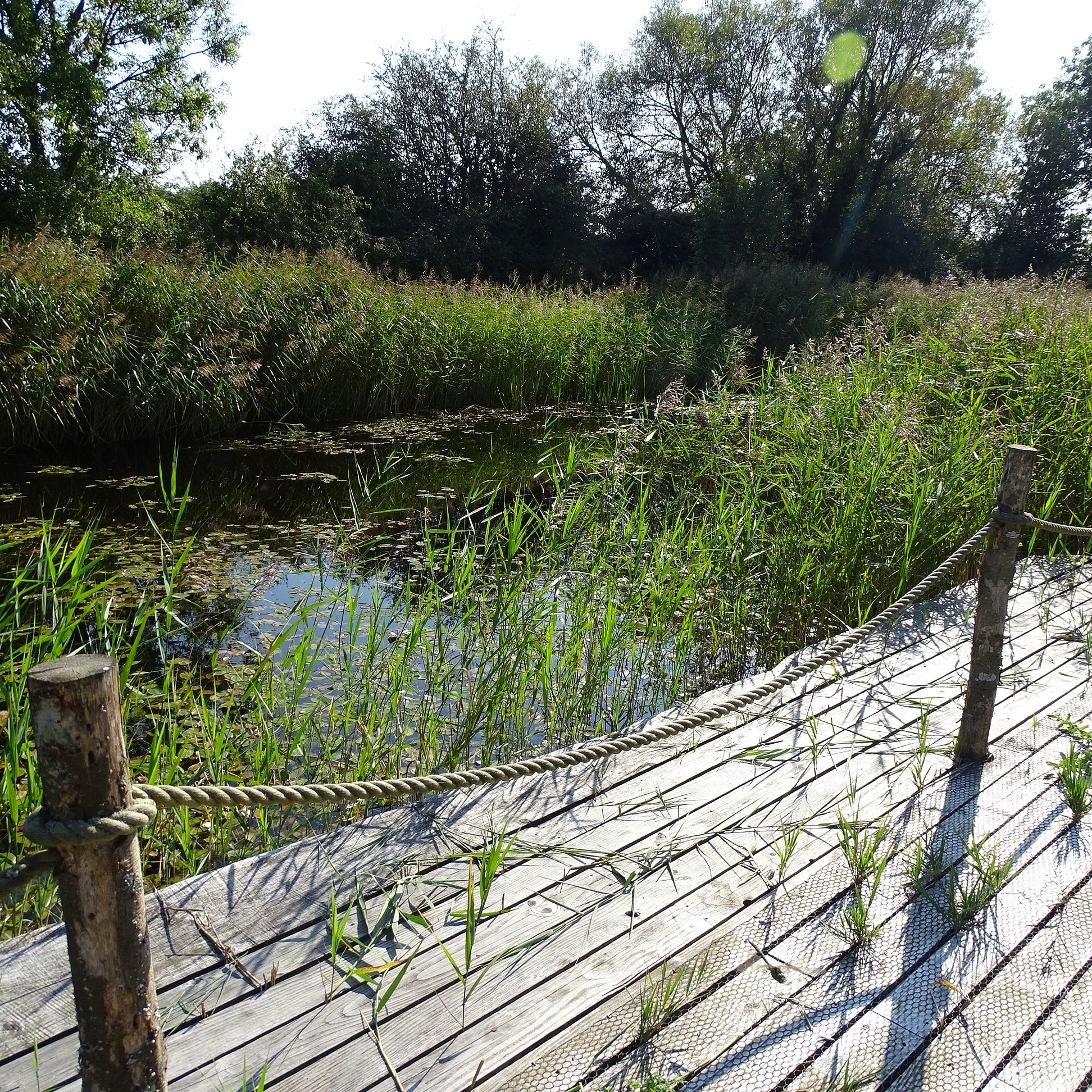 A Haven for Wildlife

The wide variety of habitats on our reserve attract a huge array of flora and fauna. Deer, rabbits, foxes, stoats and badgers roam across the site on a daily basis. Flocks of goldfinch, meadow pipit, pied wagtails, linnet and yellowhammer visit in the winter to forage on the seed-rich plants and large insect populations, and the winter-waterlogged grasslands attract common snipe, jack snipe and green sandpiper. Kestrel, buzzard, sparrow hawk and barn owl are often seen, attracted by high populations of prey mammals, birds, and invertebrates. All three newt species are present and frog and toad populations are growing, plus grass snake and slow worm regularly gather under metal sheets placed on the ground around the site.

Carymoor is rapidly becoming one of Somerset’s most important nature reserves for butterflies and three nationally scarce and twenty local moth species have been recorded on the site. The reserve is also home to notable invertebrate species including Long-winged and Short-winged Coneheads (Orthoptera), Wasp Spider Argiope bruennichi (Arachnidae) and bugs such as Corizus hyoscyami (Heteroptera).

The work we are doing here at Carymoor shows the exciting opportunities for habitat restoration on the post-landfill landscape, which may be achievable on some of the hundreds of landfill sites there are across the country.